The “Prosperity Gospel” is a seductive syncretism of orthodox traditional Christian belief with idolatrous Baal worship.   In this, the new Baal priests promise prosperous lives of health, wealth, and security to followers if they sacrifice to them lots of their money.… Read More 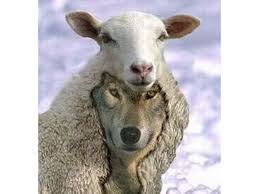 Wolves Among the Sheep: Sexual Predators in the Church

Nothing is worse than the use of the name of Jesus to prey on the vulnerable.” Russell Moore, president of the Ethics and Religious Liberty Commission of the Southern Baptist Convention If there is one good thing about the plethora of sexual abuse revelations in church bodies, it is that some of the wolves preying on the sheep are being caught.… Read More